Was the Panama Papers “Leak” a Russian Intelligence Operation? 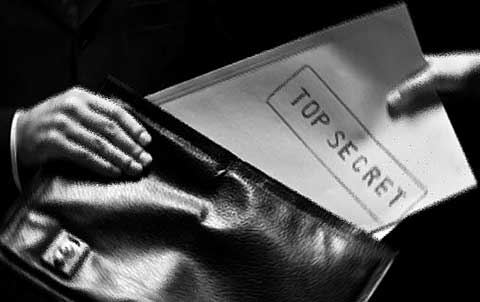 Earlier this morning, I read an absolutely fascinating theory put forth by Clifford G. Gaddy at the Brookings Institution.

Here’s what he wrote in the piece, Are the Russians actually behind the Panama Papers?

The “Panama Papers” — does this strike anyone else as a very fishy story? It’s like something out of a cheap spy movie.

Most reports, no matter where, feature Russian President Vladimir Putin as the headliner. But that might obscure a much bigger and more twisted story.

THE DOG THAT DIDN’T BARK

Despite the headlines, there is no evidence of Putin’s direct involvement — not in any company involved in the leak, much less in criminal activity, theft, tax evasion, or money laundering. There are documents showing that some of his “friends” have moved “up to two billion dollars” through these Panama-based shell companies.

But nothing in the Panama Papers reveals anything new about Putin. It is in fact far less of a story than has been alleged for a long time. For over 10 years, there have been suspicions that Putin has a vast personal fortune, claimed at first to be $20 billion, then $40, $70, even $100… And now all they find is “maybe” a couple of billion belonging to a friend?

This is the dog that didn’t bark.

I completely agree with this conclusion. Putin probably does have a huge fortune stashed away somewhere, but this “leak” doesn’t reveal anything about it. In fact, the Panama Papers will have absolutely zero impact on Putin’s political power at home, while making Western efforts to trash him look manufactured and clownish. Net-net Putin wins from the release of the Panama Papers.

One Response to Was the Panama Papers “Leak” a Russian Intelligence Operation?